HOME / Latest / A Brief Portrait of the Canadian Federal Government

A Brief Portrait of the Canadian Federal Government 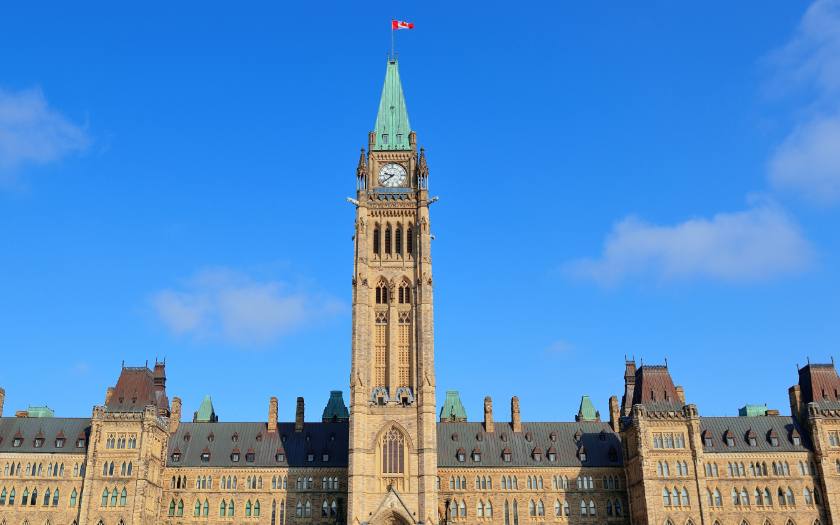 Canada’s federal legislature is bicameral, comprised of the Senate and the House of Commons.

Welcome to Canada! As a newcomer, you are likely overwhelmed by all the new information to learn and absorb: new banking procedures, education systems, and a whole new government structure.
This guide will help you understand the basics of Canadian government and get you settled in your new home as soon as possible.
The Three Levels of Canadian Government
The Federal
The federal level of government is responsible for all laws listed in the Constitution Act of 1867, which generally affect the entire country.
The Provincial
The ten Canadian provinces each have their own provincial governments responsible for education, health care, roads, and natural resources that affect their populations. The three territories also have their own governments that operate in different ways.
The Municipal
The municipal government handles issues that affect cities, towns, and districts on a local level including parks, water systems, local police forces, roads, parking, and parks.
The British Parliamentary System
Canada is a democracy based on the British parliamentary system due to its origins as a British colony until Confederation in 1867 and the founders’ familiarity with this model of governance. In fact, the first lines of Canada’s constitution promise that the nation would be home to a “Constitution similar in Principle to that of the United Kingdom.”
Canada’s national parliament is housed in an iconic Victorian Gothic building atop “Parliament Hill” in Ottawa, the country’s capital. It is a bicameral legislature comprised of the Senate and the House of Commons.
While British monarch Queen Elizabeth II is the official head of state, she is only a figurehead and the monarchy is solely ceremonial; it does not participate in Canadian government or law-making.
The Five Major Political Parties in Canada (Federal Level)
Below are the five major political parties and their leaders:
There are many smaller, fringe parties that occasionally win seats and many people who run as “Independents.” An amusing Canadian tradition is the presence of so-called “joke” parties, the most famous of which was the Rhinoceros Party (1963-1993).
The Canadian House of Commons
The House of Commons is comprised of 338 elected officials who are known as Members of Parliament (usually referred to as MPs), who have more decision-making power than senators. When a Canadian makes a reference to “Parliament,” they are likely referring only to the House of Commons.
The 338 MPs are all elected at one time, usually every four years, during the federal election. They represent specific geographic areas, called ridings, which are chosen based on population size, not geographic area. MPs are not limited in how many terms they can serve and can be re-elected many times.
The Canadian Senate
Canada’s Parliament also includes 105 senators appointed by the Prime Minister who are usually former judges, academics, artists, and other esteemed individuals from across the country. They serve until they choose to retire or turn 75 years old, whichever comes first, and they cannot be fired or dismissed.
The Senate does not play an active role in governance. Its main role is to give official “rubber stamp” approval to any legislation passed in the House of Commons. And while senators technically have the authority to veto legislation, they very rarely do because they are unelected officials and a veto would be controversial in a democratic system.
Parliament Chooses the Government
Parliament adheres to a concept called “responsible government” that requires MPs, senators, and other elected officials to be accountable to their electorate. This is the governing principle behind the House of Commons, which is always directly elected by the citizens.
When the federal election results are announced, the winning party’s leader is appointed Prime Minister by the Governor General (the Queen’s ceremonial representative).
The Prime Minister then “forms a government” by choosing a cabinet of important and skilled MPs from their party to help run the government’s executive branch and lead important departments as ministers.
The Official Opposition
The party with second highest number of seats is the Official Opposition, and its party leader is referred to as the Leader of the Opposition. He or she appoints a shadow cabinet that acts as official critics to their counterparts, who hold the official positions within the government.
What’s the Difference Between a Majority and Minority Government?
When the results are tallied, the result is either a majority or minority government. A majority government occurs when the ruling party has a mathematical majority of seats in the House of Commons, which is the most common result.
If the Official Opposition and a third party attains more than 50% of the seats between them, the leading party cannot form a majority government. In this case, the leading party will still form government, but cannot pass legislation alone and would need to make an agreement with another party to form a Coalition Government.
A Vote of “No Confidence”
Due to Parliament’s adherence to “responsible government,” the government must retain the people’s confidence, and if the House of Commons votes that they have “lost confidence” in the government, the latter has lost its right to rule the country.
At any moment, any MP may introduce a “confidence motion,” which states: “be it resolved this House no longer has confidence in the present Government of Canada.”  If this motion passes, the government must call an emergency parliamentary election, which often results in a minority government.
Who Can Vote in Canada?
In order to vote in a Canadian election, you must:
It is more efficient to register to vote in advance, but you’re always able to bring proof of ID and address to your local polling station and register to vote on the spot.