A Newcomer’s Guide to Montréal 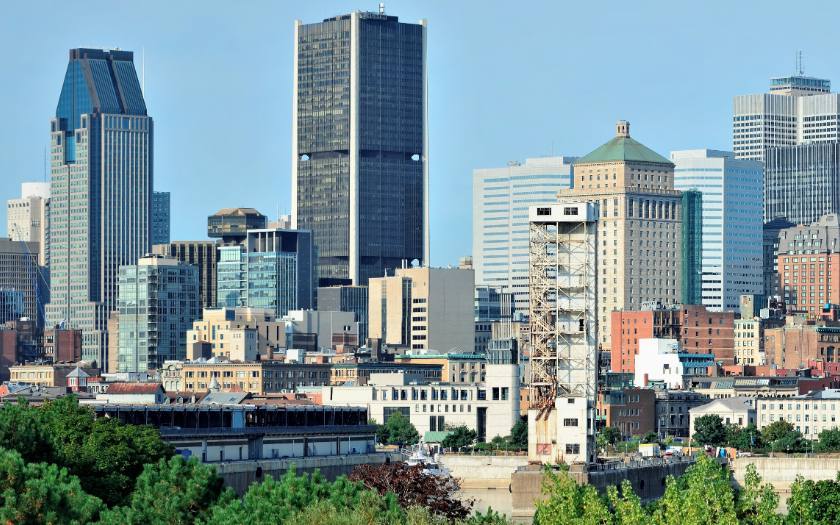 Bienvenue à Montréal! For those who do not speak French, this means “Welcome to Montreal,” the province of Quebec’s largest city and the second largest French-speaking city in the world.

While the rest of Quebec is mainly Francophone, Montreal is a truly diverse metropolis. You will hear English almost as often as French, not to mention languages from every other corner of the planet.
A Brief History of Montreal
The city of Montreal is located on an island in the Saint Lawrence River. It is roughly 50 kilometres long and 16 kilometres wide and has been inhabited by the Iroquois First Nations for more than 10,000 years. In 1535, a French explorer named Jacques Cartier became one of the first Europeans to arrive on this river island. As he and his men ascended the island’s highest point, they christened it "Mont-Royal," or Royal Mountain.
By the early 17th century the French had colonized the island, and Montreal (originally dubbed “Ville Marie”) was officially founded in 1642 by Paul de Chomedey Maisonneuve, a French military officer. After the 1759 Battle of the Plains of Abraham in Quebec City, Montreal was controlled by Great Britain. While the French settlers lost some of their language rights, they were permitted to stay, and soon colonists from the British Isles arrived to settle as well.
While the English, Irish, and Scottish settlers arrived in droves, they often intermarried with the French population and took on the local culture and language. As a result, Montreal remained firmly French despite increasing immigration, not only from Great Britain but all over the world.
Who lives in Montreal? Social Demographics
Montreal is a world-class city with a diverse population. Of the population of 4.1 million residents (as per the Canadian Census 2016), nearly 25% are immigrants to Canada. This number is split between Europe (roughly 25%), Asia (roughly 25%), Africa (roughly 20%) and the Americas (roughly 20%).
While people often think of Montreal as being solely English and French speaking, the people who call the city home hail from every corner of the globe. Of a population of 4.1 million, just slightly more than half speak both official languages. As for first language, the numbers skew towards the Francophone side, with 3 million speaking French at home and 765K speaking English. While 888K speak a different first language than English and French, only 63,000 speak neither by the time they reach school age or have lived in Canada for five years.
While people are usually very understanding if you do not speak French, Francophones appreciate it if you make the effort to do so. Simple phrases such as Bonjour (Hello), Merci (Thank You) and De Rien (You’re Welcome) can really go a long way and will be much appreciated.
Montreal Weather
Montreal has a humid climate, so its winters can be harsh and its summer very muggy. Make sure that you are dressed warmly for the winter and keep warm layers close to your skin to keep the damp chill away. In the summer, you might want to invest in an air conditioning unit – it can top 35C with a humidity rating of 95%!
Remember, your neighbours (and the local law) require that you shovel the sidewalk in front of your house when it snows. If you don’t do this, you may receive a fine – and some angry glares from your neighbours!
Montreal Public Transport
Montreal public transportation services include buses and a subway system called the Metro. The city is well connected by the Metro and buses, so you will likely want to use these whenever possible, as the car traffic is notoriously heavy. Single fares are $3.25 and can be transferred across the system for 120 minutes. More fare information is available on the STM official site here.
Famous Montreal Food
As with any city, food is a huge part of Montreal’s social fabric. You can’t say you’ve really been to Montreal until you have eaten these three famous dishes:
The Top 5 Things to Do in Montreal
Immigrant Services in Montreal
There are a variety of services available to immigrants free of charge in both official languages (and often many more). Remember, you have the right to request all government services in either English or French. In many cases they will also have a member of staff who speaks other languages as well, and they can help provide you with information.
The Montreal Public Library
Montreal is home to an enviable network of public libraries, each one unique and catering to different neighbourhoods and interests. When you first move to Montreal, consider getting a library membership. In addition to loaning out free books and DVDs, the MPL offers a lot of services designed to help newcomers to Canada. For more information about how to obtain a membership, read our article about libraries in Canada.
Bibliothèque et Archives nationales du Québec Address: 475 Boul de Maisonneuve E, Montréal, QC H2L 5C4, Canada
Getting to and from Montreal
Montreal is often used as a hub for Air Canada, and many other international airlines fly direct to Montreal. Passenger rail travel is common between Montreal, Ottawa, Toronto, and Quebec City. Greyhound buses are also a common intercity transport method, as are online ride share forums that allow drivers to sell seats in their car for the journey.