A Newcomer’s Guide to Orchard City 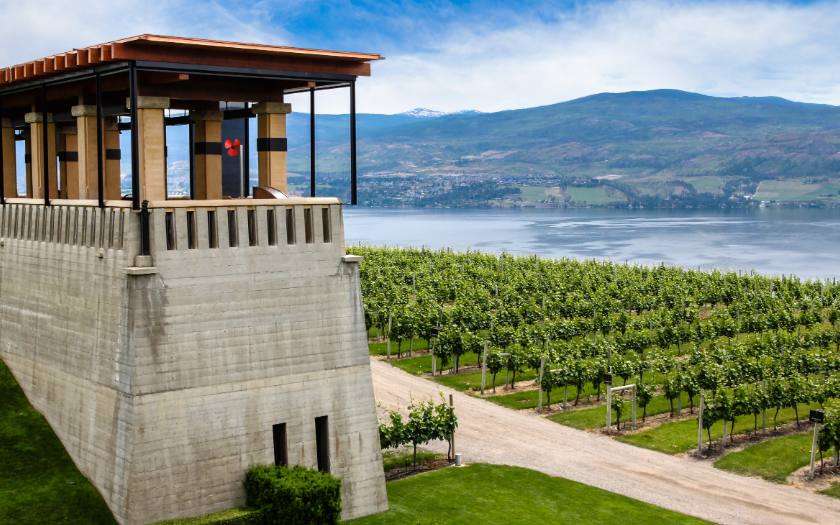 A quaint and fun-loving city located on the banks of Lake Okanagan, Kelowna is truly one of Canada’s prettiest places to live.

Known for its award-winning wineries, extreme sports, and high quality of life, Kelowna attracts people from across Canada and beyond. If you’ve ever dreamed of the rugged beauty of Canadian wilderness, this is the place for you.

If you’re lucky, you might even spot the legendary lake creature, Ogopogo!

A Brief History of Kelowna

The Sylix/Okanagan First Nations people have occupied the Okanagan Valley for more than 6,000 years, living off of the abundance of the land. European settlers arrived in 1859 and three Oblate missionaries named Father Richard, Father Pandosy, and Brother Surel opened a mission. Some of these buildings remain at the Father Pandosy Mission Provincial Heritage Site.

Kelowna officially became a city in 1905 and boasted a population of just 600! A local First Nations name was selected to refer to the area’s brown bears, and the original pronunciation was “kim-ach-touch.” Over time this was changed to the word Kelowna, which means Grizzly Bear.

Kelowna is a city that is growing rapidly, and it’s always welcoming newcomers to its shores. You will likely find members of your own community already living in the Okanagan Valley!

There are also large numbers of Metis and First Nations people living in the Kelowna area; they comprise nearly 5% of the total population.

Kelowna has some of the most enviable weather in all of Canada, with hot and dry summers and relatively mild winters. The summer is marked by days of fun at the beach, while the winter allows you to ski, snowboard, and snowshoe. It’s a lot of fun here all year round!

Getting around Kelowna is easy as the city has an extensive bus system that traverses the Okanagan Valley, operated by BC Transit. They offer 29 different bus routes that go to all corners of the region, including Peachland, West Kelowna, Shannon Lake, Kettle Valley, and Black Mountain.

Bus fare costs $2.50 for anyone over the age of four, and kids under the age of four are free. A book of ten tickets costs $22.50 for adults, and $20.25 for K-12 students and seniors. Monthly passes are $70 for adults, $45 for seniors and K-12 students, and $55 for post-secondary students. Additional discounted passes are available for post-secondary students; inquire at your university.

Top 5 Things to Do in Kelowna

1. Enjoy a picnic or BBQ at Hot Sands Beach – The big, blue, glittering lake is really the star of the show, and is perfect for picnics, leisurely walks, afternoon swimming, and paddling around in a boat or on a paddleboard. This beach is near the centre of town and easy to access on foot. 2. Tour the local wineries – Kelowna is known throughout Canada and beyond for its award-winning wines. People travel from all over the world to tour the wineries of the Okanagan Valley, of which there are more than 120! Standouts include Mission Hill, Quail’s Gate, and Cedar Creek.

4. Enjoy Canadian art at the Kelowna Art Gallery – This bright and airy space is filled with Canadian art and offers talks, events, and children’s day camps. Admission is $5 per adult and $10 per family from Tuesday to Wednesday and Friday to Sunday and is free all day on Thursdays from 10 am to 9 pm.

5. Understand Canada’s wartime history at the Okanagan Military Museum – Learn all about Kelowna’s role in past Canadian war efforts with this fascinating collection of uniforms, firearms, insignia, and weapons. Admission is by donation. It’s open Tuesday to Saturday from 10 am to 5 pm.

There are many services available to newcomers to Kelowna, all at reduced rates or for free. You can also get in touch with Welcome to BC, a province-wide network of immigrant service providers.

KCR Community Resources: KCR offers a whole host of programs, and is a “not for profit agency fostering diversity, collaboration and resourcefulness by tailoring services to meet community, family and individual needs.” They have a Settlement and Integration program that helps newcomers to Canada integrate into their new home with training, classes, and support. Address: 620 Leon Avenue, Kelowna BC, V1Y 9T2

South Okanagan Immigrant and Community Services: Located in nearby Penticton, SOICS offers free services, classes, and programs for new immigrants, refugees, international students, and temporary foreign workers in the Okanagan Valley. At SOICS you can access language classes and children’s programming and get a real sense of support and community. Address: 340 Ellis St. Penticton, BC V2A 4L7

The Okanagan Regional Library is a great resource for any Kelowna resident, offering a wide array of books, DVDs, and reference materials to anyone who lives in the region. As a member, you’re also entitled to use the computers at the library to access the Internet, check your email, and use word processing software. The Kelowna Public Library also hosts many clubs, classes, and activities for children, teenagers, and adults.

There are 31 public library branches spread throughout the Okanagan Valley that offer many online E-Library services you can access from home.

Do you want to know about how to obtain a library membership? Check out our post about Canadian public libraries.

Kelowna has its own international airport (YLW), located just a few minutes away from downtown. It offers many flights to other western Canadian cities, BC towns, and sunny destinations in Mexico and the Caribbean.

Plenty of long-distance Greyhound bus routes service the province. Many people choose to drive from Vancouver over the Coquihalla Highway (known to locals at “the Coq” – pronounced Coke). Note that this drive can be treacherous in the winter, as the Coq summits a mountain and reaches an elevation of 1244 metres! Do not attempt this drive in the winter unless your vehicle is equipped with snow tires and you have previous experience driving in the snow.