International Education in Canada – 2018 in Review

2017 was a year of unprecedented growth in Canada’s international education sector, as it achieved the 2022 enrolment target of 450,000 international students five years ahead of schedule. The year that followed it, however, would surpass its considerable achievements.
In this article I will review the main highlights that made 2018 a vintage year for Canada’s international education sector, using statistics and charts to paint a clear picture of its substantial growth.
A Record Number of International Students
As of December 31, 2018, Canada was home to 572,415 international students, up from 492,545 in 2017. This marked an increase of 16%. Below is a graph showing how international education numbers have grown in Canada since 2009.
210% growth.
The #1 Source Country
The number of Indian students in Canada has skyrocketed over the past few years. In fact, in 2018 India became the largest source country of international students in Canada, pipping China to the number two slot for the very first time. The below graph illustrates how Indian student numbers have grown over the last ten years.
Chinese Students in Canada
China has traditionally been the largest source market for students in Canada and the number of Chinese students has grown steadily over the years, but not quite as fast when compared to India.
Top Ten Source Countries for International Students in Canada – December 31, 2018
Canada’s popularity as an international study destination has grown phenomenally over the last decade. Today, education institutions in Canada are no longer struggling to get student numbers up. In fact, there is now a scramble to accommodate the sudden surge in global demand.
The top five source countries combined contributed almost 67% of all international students in Canada.
Political Causes
With Brexit looming over the UK and the so-called “Trump effect” south of the border, many international students have chosen Canada as their study destination. Its reputation as a safe country, relatively cheap tuition, favourable worker rights, and permanent residency path have made Canada one of the most desirable places to go to school.
Turbulent Relations with China and Saudi Arabia
In August 2018 the Kingdom of Saudi Arabia issued a directive to pull all international students out of Canada, after the latter disapproved of the country’s human rights violations. Later in the year, Canada- China relations also became strained when the Chief Financial Officer of Huawei Technologies was arrested on suspicion of violating US trade sanctions against Iran.
Both these incidents were a reminder that Canadian institutions ought to diversify their portfolio of source countries for international students to mitigate against the risks associated with lack of diversity.
The Student Direct Stream
In the middle of 2018 Canada introduced the Student Direct Stream, targeting students from four countries: China, India, the Philippines, and Vietnam.
The idea was to improve processing times for students from these countries by playing around with the admission requirements. The SDS will be expanded this year to include some African countries.
International Students in Manitoba
The Manitoba government announced that beginning September 1, 2018, international students who were issued study permits by the Government of Canada and who intend to start their studies in the province will no longer be covered by the provincial health insurance scheme. Although this a setback for international students, estimates from the provincial government suggest it would save taxpayers around $3.1 million.
Breakdown by Province
176% growth.
524% growth.
183% growth.
82% growth.
148% growth.
309% growth.
295% growth.
173% growth.
116% growth.
143% growth.
0% growth.

The Canadian Experience Class was introduced to help individuals with Canadian work experience transition as permanent residents more quickly than those without the requisite qualifications and experience. According to statistics from Immigration, Refugees and Citizenship Canada, 2018 saw 10,950 former study permit holders become permanent residents — more than the three previous years combined.

In 2018, the government made biometrics mandatory for anyone entering Canada. Currently, any student wishing to study in Canada must have their biometrics taken at a designated service provider. Biometrics are valid for up to ten years.

Source: All figures and statistics are taken from IRCC’s website. 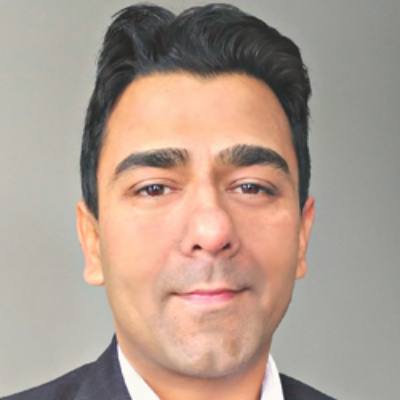 KUNAL THAKUR [ICCRC ID: R519955]
I have a special interest in the immigration sector.