What You Need to Know About Vancouver’s Sports Teams 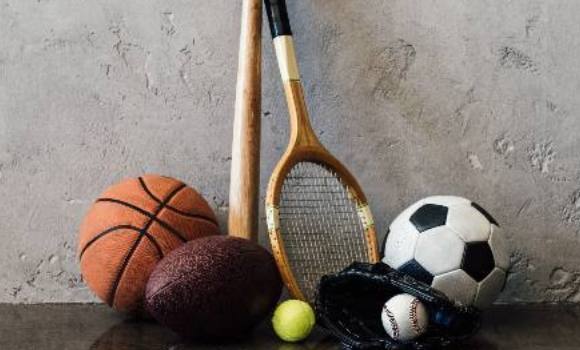 Learn about its various sports teams and activities

Many prospective and new immigrants can struggle to learn the culture of a new country. When you arrive to Canada there are different ways for you to start to understand the country’s culture. One of the more fun ways is to learn about its various sports teams and activities.

Each area of the country has specific professional sport teams that residences of the community will follow and cheer. In this article we will look at the various professional sports teams in the Vancouver, British Columbia area.

Vancouver has a rich history in professional sporting events and especially in winter- oriented sporting events. The city of Vancouver and the surrounding area hosted the 2010 Winter Olympics, which featured thousands of athletes from around the world competing in a variety of winter sports, from cross-country skiing to ski jumping to ice skating to curling to downhill skiing and, of course, hockey.

Hockey in Canada is the true national pastime. Most people have seen a hockey game on television and understand some of the rules. It is important to understand that hockey is the life blood of Canadian professional sports. Understanding the history of hockey in the Vancouver area will help a new immigrant relate more to Canadian culture, as hockey is more than just a sport. It is a major cultural institution that holds a prominent place in the Canadian historical narrative.

Today, the Vancouver Canucks play their home games at Rogers Arena located in the downtown area of Vancouver. The Vancouver Canucks are situated within the Pacific Division of the Western Conference in the NHL. Major opponents for the team are the Los Angeles Kings, Anaheim Ducks, San Jose Sharks, Calgary Flames, and Edmonton Oilers.

Another professional hockey team of note in the Vancouver area is the Vancouver Giants. The Giants were formed in 2001-2002 and currently play in a major junior ice hockey league named the Western Hockey League (WHL). The Giants have had success since hitting the hockey scene in Vancouver by winning the WHL’s President Cup and the Memorial Cup. The Vancouver Giants play their home games at Langley Events Centre which is located in the Langley suburb of Vancouver.

Hockey is not the only professional sport that is played in the Vancouver area. Most new or prospective immigrants to Vancouver will be thrilled to know that there is a professional soccer team that plays in the city, too. The Vancouver Whitecaps Football Club was formed in 2009 to compete in the Western Conference of Major League Soccer (MLS) of North America. In 2012, Whitecaps FC rocked the MLS world when they became the first Canadian soccer club to qualify for the MLS Cup Playoffs. Whitecaps FC have also competed in two CONCACAF Champions League tournaments and one World Football Challenge, where they lost to Manchester City.

Whitecaps FC play their home games at BC Place, which is located in the False Creek area of Vancouver. The retractable roof at BC Place allows spectators to enjoy a sporting event no matter the weather conditions outside.

Another professional sport team that plays home games at BC Place is the BC Lions of the Canadian Football League (CFL), which is similar to the American version of football. The BC Lions entered the CFL in 1954. The Lions have had a lot of success over the years while playing within the West Division of the CFL. Since the team’s inception they have played in the championship Grey Cup game ten times and the BC Lions have brought this trophy home six times.

Prospective immigrants can also watch a professional baseball game in Vancouver. The Vancouver Canadians is a minor league baseball that is affiliated with the Toronto Blue Jays of Major League Baseball (MLB). The Canadians play baseball in the AAA Northwest League and have fostered many big-name players into the big leagues throughout the team’s existence. In 2017, while playing at Scotiabank Field at Nat Bailey Stadium, the Canadians won the Northwest League Championship and set a new home field attendance record for the year.

Watching a sporting event is a great way for newcomers to learn about Canadian culture. There is a wide variety of options of professional sporting teams in the Vancouver area for sports-enthusiasts to enjoy. Sporting events also foster a sense of community, as you cheer along with hundreds of other fans. Whether a person is interested in hockey, baseball, Canadian football, or soccer, there is a perfect home team for you to root for while living in Vancouver.