A Newcomer’s Guide to Fredericton 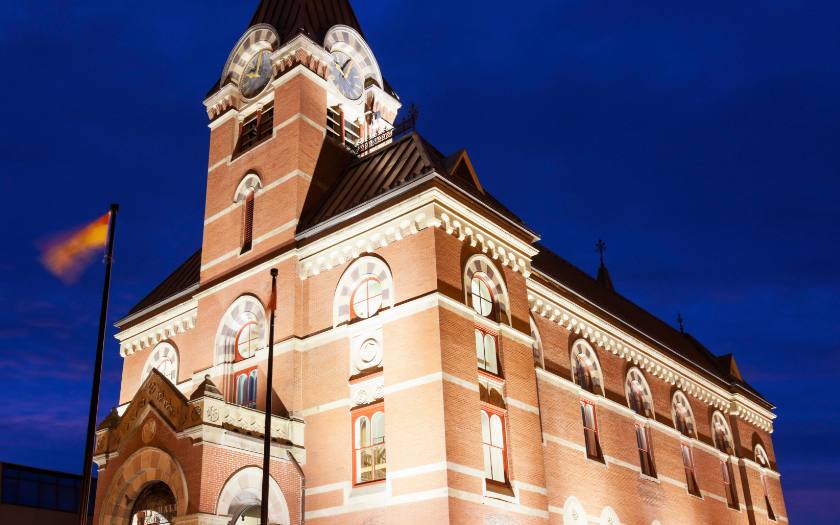 Known as Atlantic Canada’s Riverfront Capital, Fredericton is one of the most charming and quaint cities in the country.

Offering a high quality of life, access to abundant nature, and a vibrant local community, this small city boasts a lot of advantages for newcomers to Canada. The picturesque Saint John River wends its way through the city, flowing past the provincial capital buildings, the University of Fredericton, and pretty tree-lined banks, making it a lovely place to raise a family or start out in your new country. Did we mention that New Brunswick is Canada’s only officially bilingual province?
Welcome to Fredericton! Bienvenue à Fredericton !
A Brief History of Fredericton
Maliseet (Wolastoqiyik) and Mi'kmaq people have lived in what is now known as the province of New Brunswick for tens of thousands of years, and Europeans began to explore the region in the early 1600s.
This geographic area was hotly contested between France and England in the seventeenth and eighteenth centuries and was eventually ceded to Britain in 1710. Originally part of Nova Scotia, New Brunswick was officially founded in 1784, with the capital of Fredericton. Many Scottish and Irish settlers arrived in the early nineteenth century, and a huge influx of Irish immigrants arrived in the 1840s, escaping the Potato Famine. New Brunswick was one of the original provinces of the Dominion of Canada in 1867, along with Ontario, Quebec, and Nova Scotia.
Throughout the rest of the nineteenth century and into the twentieth, immigrants of Jewish, Chinese, Korean, Pakistani, African American, Indian, Greek, Lebanese, Vietnamese, and Italian backgrounds have all become proud New Brunswickers.
Social Demographics
Even by Canadian standards, Fredericton is a small city. According to the 2016 Federal Census, it is home to just 58,220 people. That said, it is a diverse city, with residents from all around the world.
Though visible minorities make up around 5% of the population, there are plenty of available services, clubs, and resources for newcomers to the province. Of the visible minorities in Fredericton, the most populace ethnic group is Chinese, at 1,220 people (as of the 2016 census). After this, the second largest ethnic group is Afro-Caribbean, followed by South Asian. Fredericton also has a large and dynamic population of Aboriginal residents. Nearly 1,200 First Nations, 500 Metis, and 50 Inuit people call the city home.
New Brunswick is the only officially bilingual province in Canada, but English is by far the most commonly spoken language. The vast majority of the population speaks English only, slightly more than 75% of local residents. A further 22% speak both English and French, and approximately 1% speak neither of the province’s official languages.
Weather
Fredericton sits inland, meaning that it is warmer in the summer and colder in the winter than other New Brunswick cities, including Moncton and Saint John. You’ll witness all four seasons here and get a chance to experience a great deal of snow, something that many newcomers find exciting (well, at least at first!).
Public Transport
Public transportation is an affordable and easy way to get around the city. The City of Fredericton Transit Division operates a total of 28 buses running on 12 different routes. They run from Monday to Saturday, starting at 6:15 am and stopping for the day at 11:00 pm. There is no public transportation on Sundays or public holidays.
Bus fare is $2.75 for anyone over the age of six, while children under six ride for free. Note that bus drivers do not carry change, so you will need to pay the exact fare. You can also buy an unlimited monthly pass; these are $80.00/month for adults, $55.00/month for full-time students, and just $50.00/year for those over the age of 65. You can also purchase packs of ten bus tickets for $25.00.
Top 5 Things to Do in Fredericton
Immigrant Services in Fredericton
As a newcomer to Fredericton, there is a variety of services and programs available to you at no charge.
The New Brunswick Public Library System
Whether you’ve just arrived have been in Canada your whole life, your local public library is a fantastic resource. The New Brunswick Public Library system has 64 locations across the province, and the main branch is located in central Fredericton at 12 Carleton St. It is open seven days a week from 10 am to 5 pm, and until 9 pm on Wednesdays and Thursdays.
The Fredericton Public Library loans out books, DVDs, and other resource materials free of charge to all local residents. You can also access the Internet, use computers and word processing programs, and ask librarians for help finding books of interest. The local libraries have many clubs and activities, including children’s story time, knitting and craft clubs, and language lessons.
If you want to learn more about how to obtain a library card at the Fredericton Public Library, have a look at our article about libraries in Canada.
To and From
Getting to and from Fredericton from other provinces or American states can be a challenge, but most Canadians do not hesitate to drive long distances (this is the world’s second largest country, after all).
The city is well-connected to other regions of New Brunswick by Greyhound Bus, and domestic and international flights land at Fredericton International Airport. You’re also only an hour away from Saint John International Airport, where you might find affordable flight options as well.